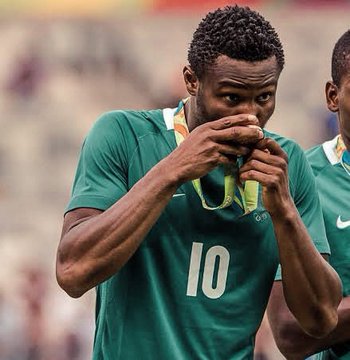 The Amaju Pinnick led Federation that is on the verge of holding a fresh election to usher in new administrators all things being equal, took their verified twitter handle to wish Mikel goodluck.

Obi who  apart from representing Nigeria at the junior levels and at the Olympics, made 91 appearances between 2005 and 2019 for the Super Eagles scoring six goals. He led the Eagles to the last World cup 2018 in Russia.

The Olympic Bronze medalist feature in four  nations cup with the Super Eagles and was part of the winning squad in 2013 where he did not only lift the trophy but also named runner up of African Footballer of the year.

Guys just play your game ‘nothing do you for Lagos’

Peseiro Not Keen On Invitation Of New Players To Super Eagles