U-2O AFCON: Flying Eagles off to Morocco February 8 for… 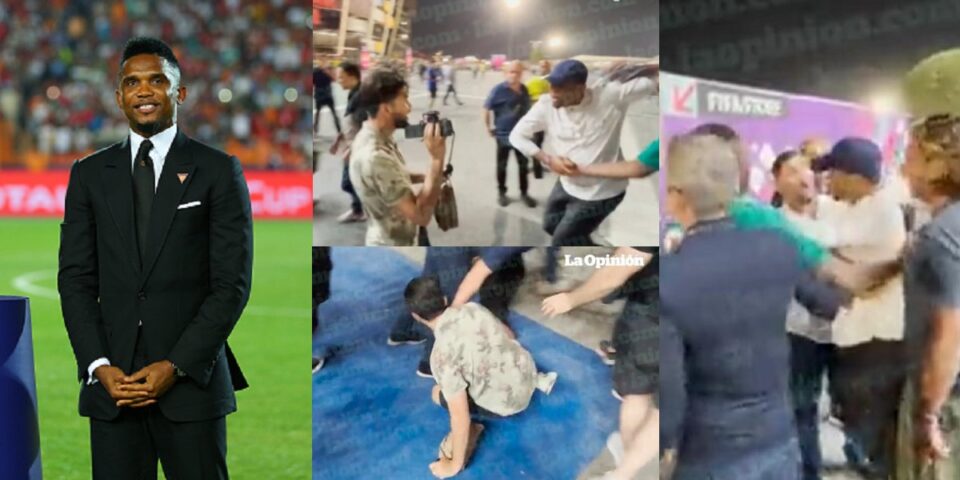 In the video captured by La Opinion, the former Barcelona, Inter Milan and Chelsea striker is seen leaving the stadium after watching the match between Brazil and South Korea on Monday night, December 6. 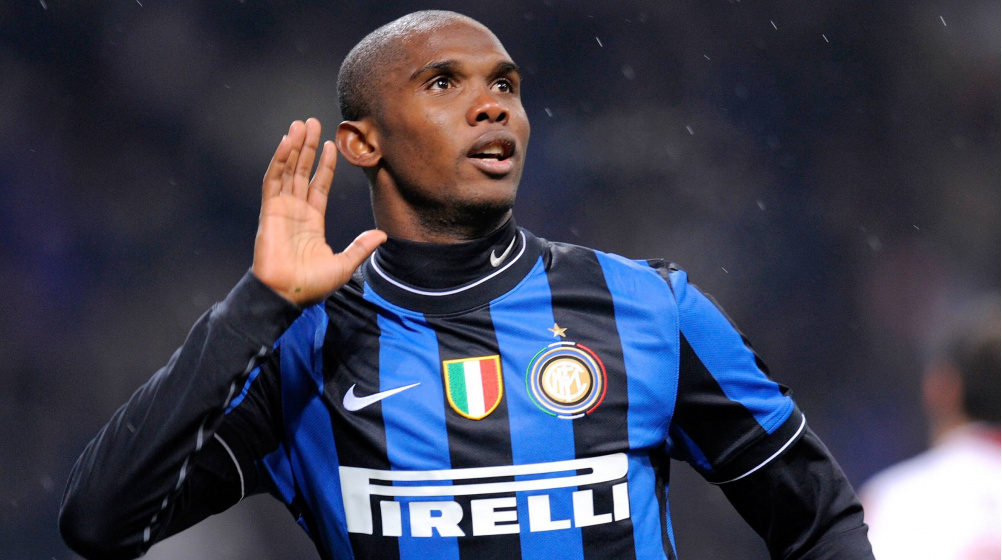 At first, Samuel Eto’o was seen taking pictures with some fans as he made his way out of the stadium before a man holding a video camera approached him and said something to him.

Though what the man said is currently not known, it infuriated Eto’o and he lunged towards him in a bid to attack him but was restrained by some onlookers. 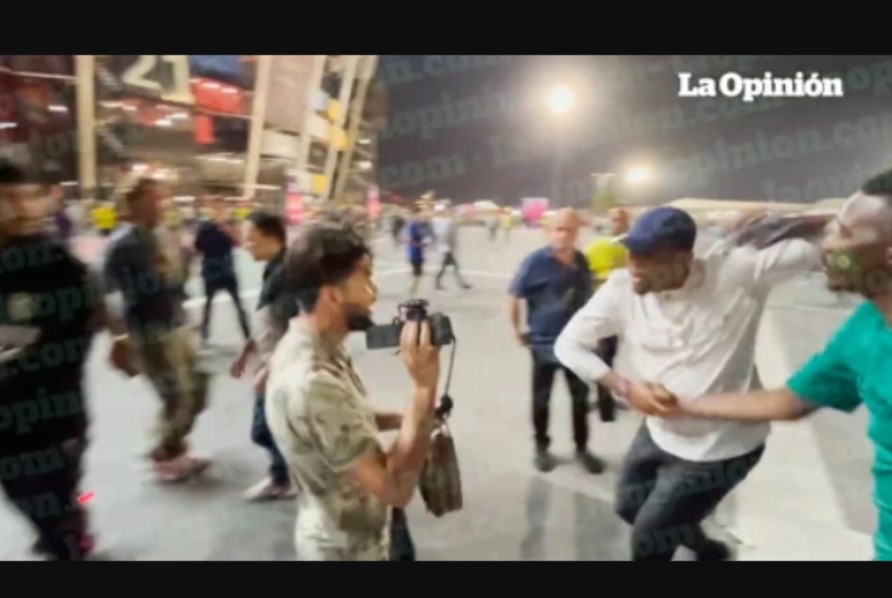 Eto’o however refused to be held back and insisted on confronting the young man over what he said. He then gave his phone to a man before releasing himself from those restraining him to knee the man in the face, causing him to fall down.

Watch the viral clip below,

“Girls are like race horses who have to be tamed, educated and cherished” – Femi Fani-Kayode provides his secret to conserving a girl