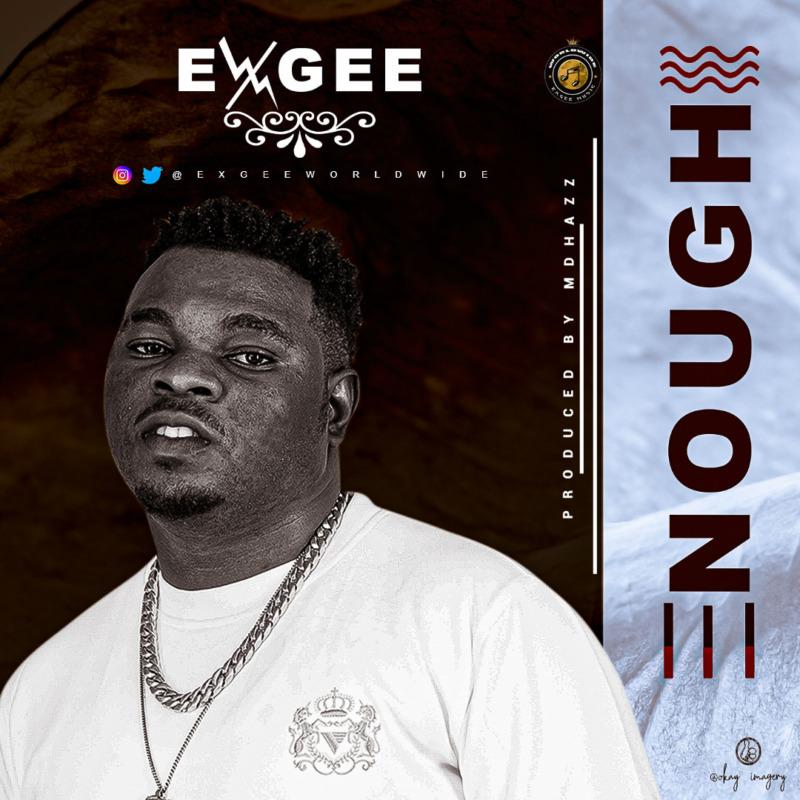 Exgee is a rising star based out of Nairobi, and representing Africa. He says, “My mission is to stay in East Africa and make the black race proud from here “Africa to the world!”

“ENOUGH” is an infectious tune about the pursuit of a lover, after a relationship upgrades from a fatal attraction into intimacy. This is the second single off @exgeeworldwide‘s upcoming debut album titled ‘Now The Train Departing’—set for a 2021 release.Ahead of the official release of “ENOUGH”, Exgee says, “I want my fans to enjoy this single. I have another project and many hits coming soon after this and I assure my fans that it will be as great,” adding, “Little drops of water make mighty oceans so no matter how slow you move don’t give up.”

“ENOUGH” is produced by Nigerian beatmaker Hazz Beat, with the music video directed by Callivan (Ivan Odie) in Kenya.

In the music video, Exgee’s love interest is trying to get his attention and asking for more: