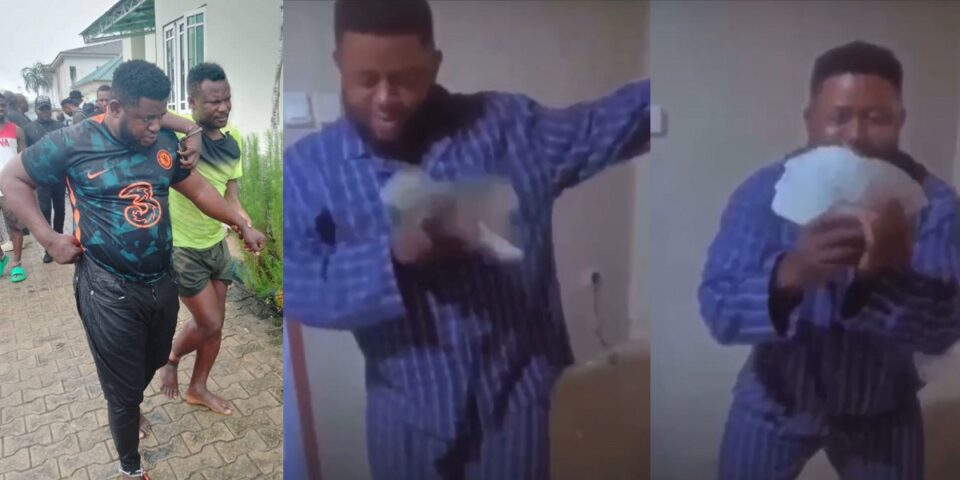 John Lyon, a former bank cleaner turned socialite and motivational speaker, was arrested following the kidnap of one Danjuma Omeje, a bank manager in Yenagoa who was said to be his former boss. 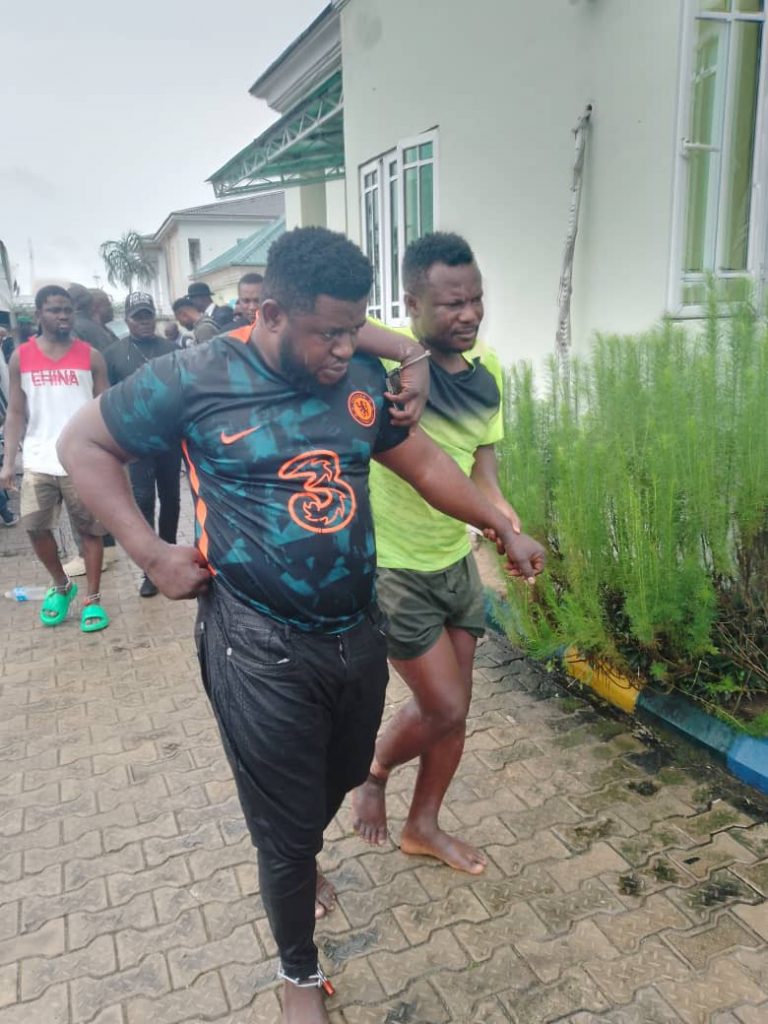 While being paraded on Monday, September 26, Lyon confessed to having collected ten thousand dollars from the ransom collected in the kidnap of Danjuma Omeje.

According to him, his role in the kidnapping was to identify the houses of the victims.

Following his arrest, a video of the suspect dancing and flaunting wads of cash and advising people to hustle hard surfaced online and elicited reactions from netizens.

Reacting to the clip, a Twitter user @RespiratoryDafe wrote,

“The funny thing about John Lyon, the Bayelsa ‘kidnapper’ who was just arrested is how he flaunted his wealth online and advised young people to ‘hustle hard and stay safe’ making people’s hardwork look invalid. May God continue to expose evil doers.”

“John Lyon, who was arrested for being part of a kidnapping syndicate, was always seen flaunting his wealth on social media, But you are doing something legitimately yet feeling intimidated or oppressed because you see someone living flashy and extravagant lifestyle, sorry”.

NFF hails and prays for Mikel on retirement – Sporting Life

Nigerian professor, Uju Anya and her lesbian lover express love for each other on Twitter

UNIOSUN management not in support of staff who ridiculed ex-VC – PRO, Adesoji

“They do so because I am a beauty” – Actress, Anita Joseph says men still chase her despite her wedding ring